Ryan Creuzberger demonstrated KINDNESS for opening the door for Mrs. Shandley when her arms were full with items.  Thanks Ryan! 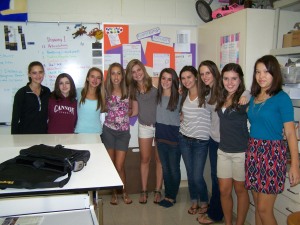 Erin's Advisory gives her a GRRRROWWLLL!

Erin Flynn, Madeleine Farrington, and Kate Beckman stepped up and volunteered to empty the over full bottle/can recycling container near the second floor stairwell.  Thanks girls! 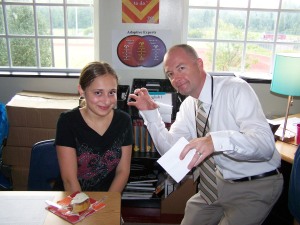 Hannah Finch demonstrated TEAMWORK for picking up laptops left in the hallway after school and bringing them to Mr. Trojan’s office.  Give Hannah a high five!

Caitlin Brewer demonstrated RESPECT when she was seen picking up trash in the Freshman hallway several times last week.  Give Caitlin a Cougar Growl!  GRRR! 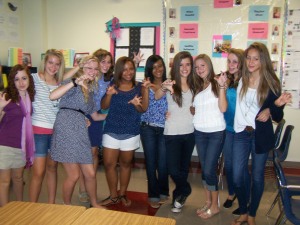 Steven Bennett demonstrated RESPECT for our school building when he picked up trash in the Freshman hallway.  Give Steven a Cougar Growl!  GRRR!