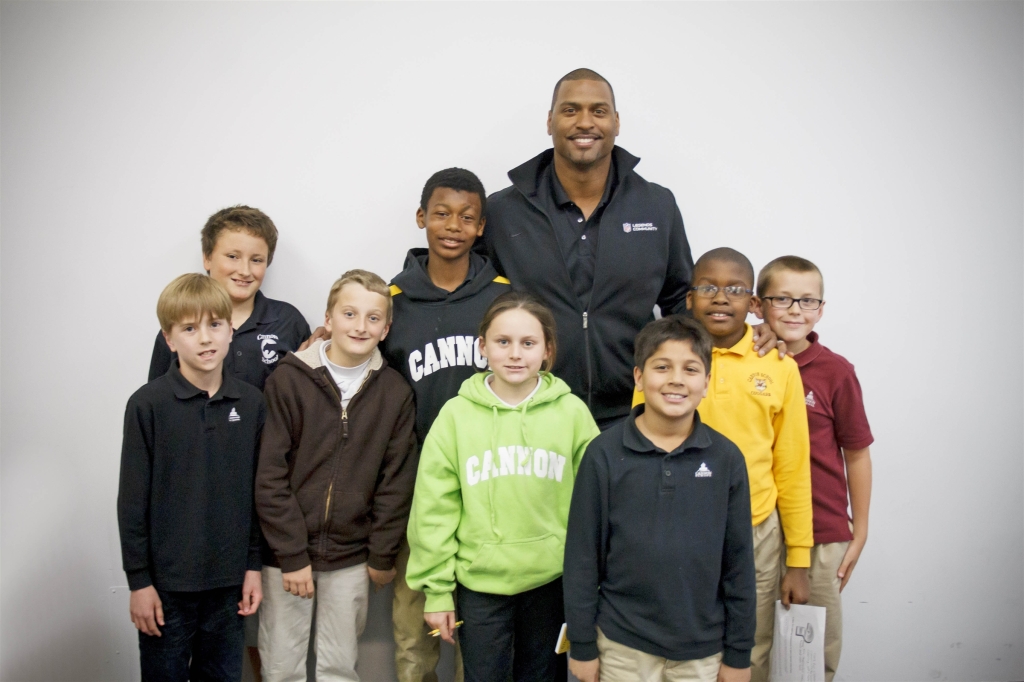 Foundation Hall was a buzz March 13 with the curiosity of fourth graders and the excitement of sports professionals.

During Cannon’s fourth Adaptive Expertise Day, or AE Day—allotted times throughout the school year where the normal schedule is dismissed to allow students to engage in interdisciplinary, experiential learning opportunities that lead to deeper understanding on various topics—the School welcomed Mike Rucker, Ricky Craven, and Scott Fowler to lend their expertise in the area of sports writing.

Fowler, of The Charlotte Observer, first introduced the fourth-grade class to techniques and skills he learned during his career as a sports writer.

“To be a good writer, there are only six words you have to remember,” said Fowler, to a room full of eager minds. “Read a lot, write a lot.”

Students were able to witness Fowler’s techniques in action as he ran through a quick Q and A with former NASCAR driver and ESPN broadcaster, Ricky Craven. Craven then shared his experience of being on both sides of the microphone throughout his more than 30-year long career at NASCAR.

For nearly 45-minutes, students were able to ask Rucker questions—some based on guidelines they had learned earlier in the day—ranging from, “What was your diet like?” to “Do your kids have a dream of being a famous football player?”

Rucker was able to connect with the fourth graders on anxiety that they feel before big tests or projects, comparing that same feeling to the nervousness he experienced when faced with remembering numerous football plays each practice and game.

“The study skills you are learning now are what we use on the football field,” said Rucker.

Cannon fourth graders were not only able to meet and interact with legends of North Carolina sports, but they gained skills during a day they aren’t likely to forget.