Head of Upper School Deb Otey joined Cannon in 2011. Prior to Cannon, she served as a teacher, lower and middle school division head, curriculum director, and assistant superintendent. Deb and her husband Rex are parents to two boys here at Cannon.

Fun fact: A West Virginia native, Deb is an avid fan of the WVU Mountaineers and pepperoni rolls.

Amy is the Marketing and Communications Manager at Cannon School. She began her career in the classroom and taught fourth grade for eleven years before becoming a freelance contributor for The Charlotte Observer in 2007. She has written for local, national, and international publications, and worked at a content marketing company prior to coming to Cannon in 2014.

Fun fact: Amy once mistook David Letterman for her brother’s baseball coach in a grocery store. 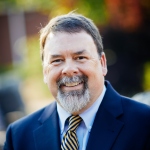 Bill is Director of Admission and Financial Aid at Cannon School.  Over his 20-plus years working in independent schools, he’s been an English teacher, field hockey and lacrosse coach, and athletic director. Originally from Pittsburgh, Bill lives in Charlotte with his wife, Nicole, and three of their children. 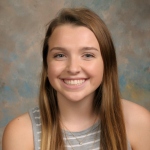 Fun fact: Ellen hopes to write a column one day for a fashion and beauty magazine, or go into the fashion or beauty industry in general. 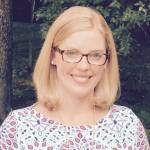 Jessica is a current parent at Cannon School who lives in Concord. Jessica is a home-based Travel Consultant and she is originally from the Pittsburgh, PA area. Her husband and son, Arv and Will Vasudevan, think that her blogging qualifications are based on her daily parenting misadventures more than her educational and professional background.

Fun fact: Jessica is an independent schools lifer and attended Valley School of Ligonier as a day student and Garrison Forest School as a boarding student.